These pictures allegedly show UFOs that were nicknamed "Foo Fighters" 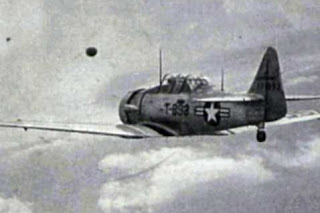 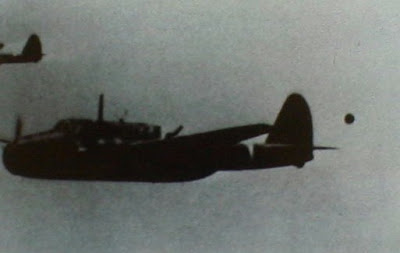 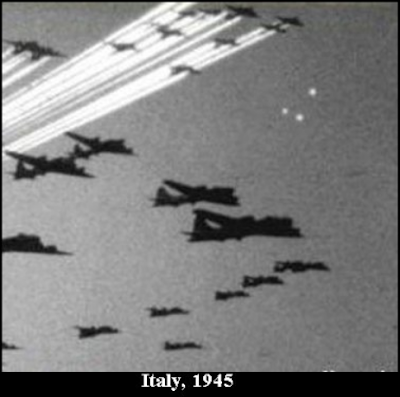 "The term foo fighter was used by Allied aircraft pilots in World War II to describe various UFOs or mysterious aerial phenomena seen in the skies over both the European and Pacific Theater of Operations.

Though "foo fighter" initially described a type of UFO reported and named by the U.S. 415th Night Fighter Squadron, the term was also commonly used to mean any UFO sighting from that period.

Formally reported from November 1944 onwards, witnesses often assumed that the foo fighters were secret weapons employed by the enemy, but they remained unidentified post-war and were reported by both Allied and Axis forces. Michael D. Swords writes,

During WWII, the foo fighter experiences of [Allied] pilots were taken very seriously. Accounts of these cases were presented to heavyweight scientists, such as David Griggs, Luis Alvarez and H.P. Robertson. The phenomenon was never explained.

Most of the information about the issue has never been released by military intelligence." 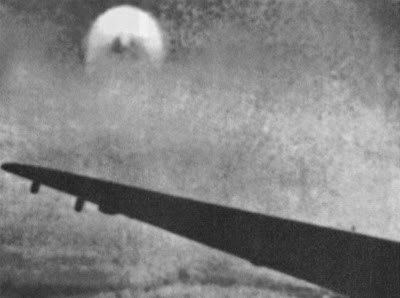