Summary: Two Sheriff deputies on patrol in Ohio experience a close range sighting of a large unidentified flying object. The Officers then proceeded to chase the object while additional Patrolman joined in the pursuit all the way into Pennsylvania where they eventually lost sight of the UFO. Case status - Unsolved 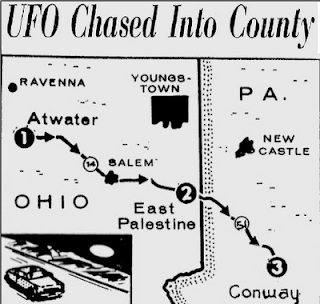 "The Portage County UFO Chase was an unidentified flying object encounter that began in Portage County, Ohio on the morning of April 17, 1966, when police officers Dale Spaur and Wilbur Neff observed a metallic, disc shaped object flying in the skies.

They pursued the object for about half an hour, ending up in Pennsylvania before losing sight of the UFO. Several other police officers became involved in the chase, and several civilians reported witnessing the same object, or a similar object in about the same area, during this time." 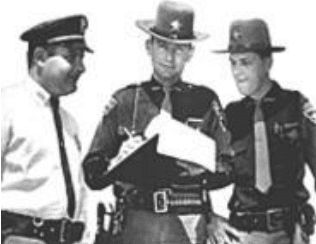 Police Chief Gerald Buchert of Mantua saw the craft and photographed it. The pictures turned out badly, an odd fuzzy white thing suspended in blackness. Today, Chief Buchert laughs nervously when he speaks of that night.

"I'D RATHER NOT talk about it," he says. "It's something that should be forgotten...left alone. I saw something, but I don't know what it was." 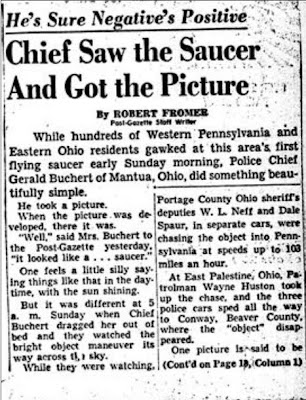 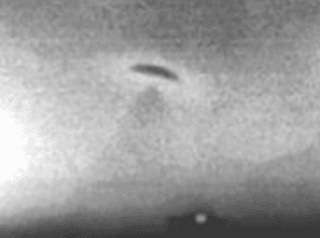 Cleveland Scene - Strangers in the Night

22: Major Hector Quintanilla, Jr., USAF Project Blue Book, takes Officer Dale Spaur, Officer Barney Neff and others statement at the Ravenna, OH police station on May 11, 1966.
Quintanilla tells them they saw either a satellite or the planet Venus. (55:00)
Link - https://archive.org/download/CopsSaucersLawEnforcementAndUFOs19571981/22.mp3