John Lennon's sketch of the UFO 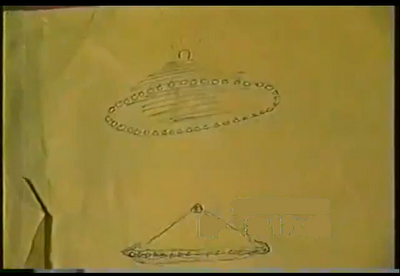 "In the early summer, while Lennon was working on his Walls and Bridges album, the couple moved into a penthouse apartment at 434 East 52nd Street, where Lennon and Pang claim to have seen a UFO on August 23, 1974, from their terrace, which had a panoramic view of east New York. To gain access to the deck Lennon and Pang had to climb out of their kitchen window. On the night in question, a naked Lennon excitedly called Pang to join him on outside and they both watched a circular object silently floating less than 100 feet away.

Lennon called Bob Gruen—Lennon's "official" photographer—and told him what had happened. Gruen suggested Lennon should call the police, but Lennon laughed it off, saying, "I’m not going to call up the newspaper and say, 'This is John Lennon and I saw a flying saucer last night'". Gruen called the local police precinct which confirmed that three other people had reported a sighting, and the Daily News said that five people had reported a sighting in the same area of New York where Lennon and Pang lived."


A food for thought side note:

The ring of lights around the bottom of the craft as described by Lennon is reminiscent of the alleged picture of a UFO taken in Connecticut. 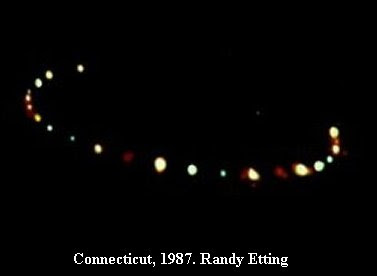